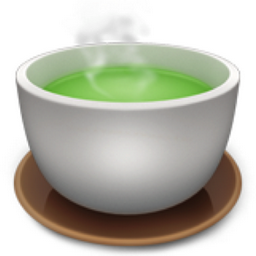 A ceramic tea cup filled with hot green tea. (Design note: Make it look like a hot cup of tea without a handle like the ones used in China, Japan, and Korea.