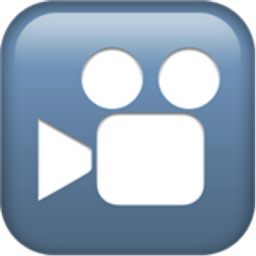 A cinema or place to watch cinematography. Most versions of this emoji display a movie camera icon. The Android version shows the cinema location complete with screen, curtains and seats. Used to identify the location where a movie is watched, a movie theater.