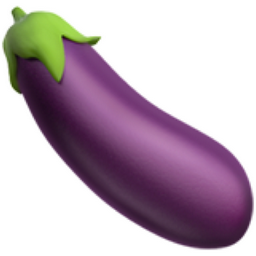 One of the most looked up emojis, potentially due to it being called an aubergine and not an eggplant. These are very large fruit that are unusual in that they are purple in color. This particular emoji is also often used crudely to represent the male genitalia (sex organ). One look at this emoji and it is apparent why.

Eggplants aren’t REALLY vegetables, they’re berries. Which isn’t that strange, considering other fruits are commonly mistaken for vegetables – like tomatoes.