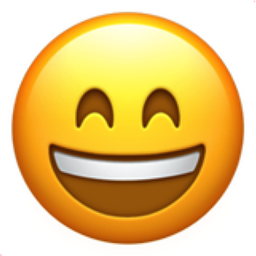 A smiling face with curved eyes and open mouth. Upper teeth are shown. The curved nature of the eyes make the eyes appear as if they are smiling as well - hence the name "smiling eyes."