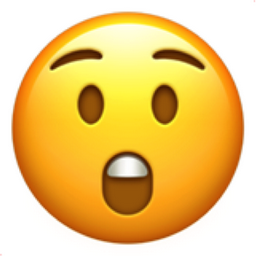 A face with exed-out eyes, round open mouth, teeth showing, and high-set eyebrows. What in the world did I just see? This emoji can hardly believe what just happened. Incapacitated from astonishment. Sheer disbelief. Anime Comical knockout, dizzy.