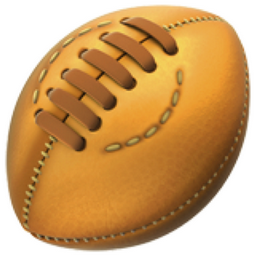 Rugby is a sports game played with an oval-shaped ball (football). The game is played with two teams. A team receives points when they successfully get the ball to their goal line. This can be a very difficult task as the team not in possession of the ball is working to stop the progression of the ball down the field. While there are many difference between Rugby and American football, one noticeable difference is the lack of protective gear in Rugby. Rugby was invented in England.