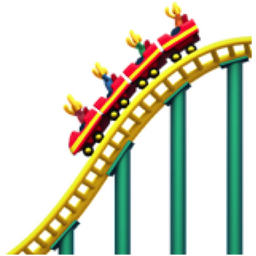 This theme park roller coaster requires you to be at least 4 feet two inches in height.