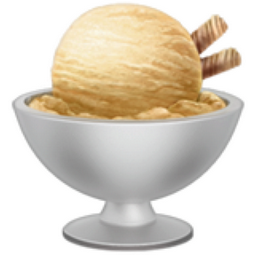 Ice cream is cream (high in fat cow milk) that has been frozen after being combined with sugar and other dessert flavorings (such as vanilla and chocolate). As with most foods, ice cream flavors have become a lot more sophisticated. Some ice cream making companies, like Ben and Jerry's, pride themselves on pushing the ice cream making envelope and mixing together many different ingredients into a single ice cream flavor. Some, at first glance, might seem like a bad combination but prove time and time again to be quite delicious and popular.