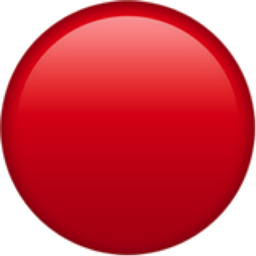 Exactly what it looks like, a large red circle that can be used in many ways. The more creative people like to use this and other color shape emoji to form a larger picture, such as a flag. The color red. Used to add color or emphasis to communication.