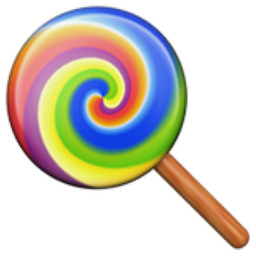 A lollipop is a hard candy, or hard sugary and flavored substance, that is attached to a stick. A lollipop is designed to be held by the stick and licked with the tongue. Some lollipops are made of only hard candy, while other have gum or other softer candy in the center, such as a Tootsie Pop. There was a story known by many children that had to do with a Tootsie Pop and its wrapper. Specifically, the story was that a free Tootsie Pop would be given to anyone that found a wrapper with the image of an Indian shooting a star on it. However, not all the story remained in modern memory as the part of the story few, if any, children knew was how to redeem that free Tootsie Pop.