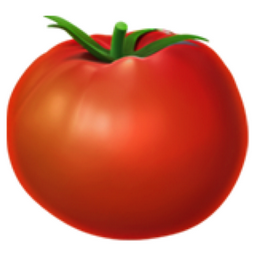 A tomato is a fruit but is often thought of as a "vegetable" given they are not as sweet as many other fruits. Great on sandwiches and as a base for any pasta dish. One of the most commonly cooked with fruit. The Italians love cooking with tomatoes because they help make such great "gravy" for their pasta meals. People used to throw rotten tomatoes at people as an insult. Tomatoes are juicy and rotten tomatoes are more so, which would cause them to explode all over the person on impact. Lame jokes or bad movies are often associated with rotten tomatoes for this medieval tradition.