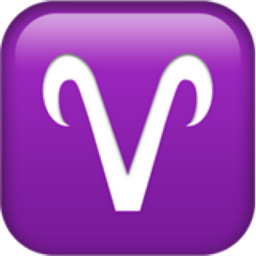 Aries is the first astrological sign of the zodiac. The Ram. Full of energy, enthusiastic, confident, selfish and impulsive. The zodiac is a method of dividing the sky into twelve non-overlapping 30 degree sections. The twelve sections total 360 degrees and together make up the full sky visible from earth during the complete annual orbit of the earth around the sun.